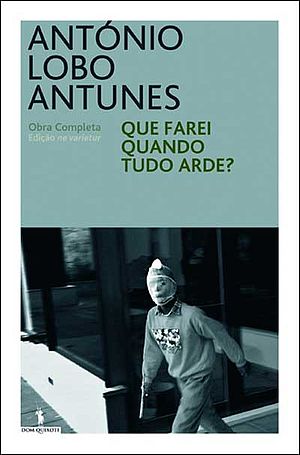 Que farei quando tudo arde? / What Can I Do When Everything's On Fire?

A soaring, symphonic epic by the Portuguese master novelist, considered to be the "heir to Conrad and Faulkner"–George Steiner

The razor-thin line between reality and madness is transgressed in this Faulknerian masterpiece. What Can I Do When Everything's On Fire?, set in the steamy world of Lisbon's demimonde—a nightclub milieu of scorching intensity and kaleidoscopic beauty, a baleful planet populated by drag queens, clowns, and drug addicts—is narrated by Paolo, the son of Lisbon's most legendary transvestite, who searches for his own identity as he recalls the harrowing death of his father, Carlos; the life of Carlos's lover, Rui, a heroin addict and suicide; as well as the other denizens of this hallucinatory world. Psychologically penetrating, pregnant with literary symbolism, and deeply sympathetic in its depiction of society's dregs, Lobo Antunes's novel ventriloquizes the voices of the damned in a poetic masterwork that recalls Joyce's Ulysses with a dizzying farrago of urban images few readers will forget.