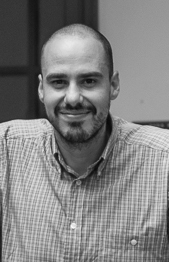 En la oscuridad / In the Dark

In mid-July 2015, three Spanish journalists cross the Turkish border into Syria. This is Antonio Pampliega’s twelfth trip to the area, and he has a feeling things aren’t going right this time. Suddenly, a van is blocking their way. Six armed men emerge from the van, shouting as they drag the Spaniards from their car. It soon becomes apparent that their contact in the area has betrayed them. Ten months pass before the three journalists are liberated. In nearly 300 days of captivity, Antonio Pampliega bears the brunt of the kidnappers’ cruelty. From October 2015 until his release on 7 May 2016, the Al Qaeda branch in Syria, believing him a spy, keeps Pampliega in isolation and subjects him to blows, threats and humiliations.

In this book, a Spanish journalist tells the first tale of a kidnapping in Syria. Unable to share the anguish of his situation with anyone, Antonio Pampliega spent those months trying to keep his hope alive by writing – and memorising – a diary in which he prays night and day that his colleagues are still alive, and that they will all someday be released.