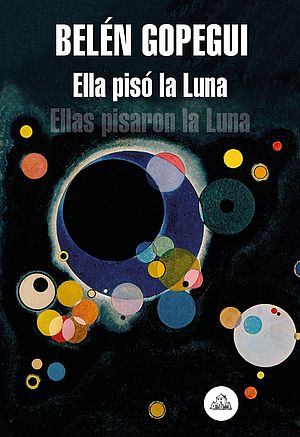 Ella pisó la luna / She Walked on the Moon

A love letter to a mother, a sister, and all those anonymous women whose achievements never see the light of day.

This essay is the product of a lecture delivered by Belén Gopegui in Madrid, as part of the series Women Aren’t Muses, and Men Aren’t Geniuses Either (2019). In it, the author draws on oral and family memory to reflect on the life and fate of her parents: Luis Ruiz de Gopegui, a reputable NASA astrophysicist, and Margarita Durán, a brilliant woman in the shadow who began caring for a daughter with cerebral palsy from a very young age.

However, this reflection that begins with a family tragedy soon evolves into a territory of hope and of “what is possible”. Always brilliant in her political reflections, and as a tribute to her mother, Gopegui ends up giving centre stage to millions of invisible women. Ella pisó la luna (Ellas pisaron la luna) (She Walked on the Moon, They Walked on the Moon) is a moving story that portrays struggle and sacrifice as a gesture of freedom in the face of arbitrary chance and fate. As a political gesture, it grabs us by the collar and says “Talk to your mothers!”

"To break the barriers between the individual and the collective, the private and the public. That’s one of the narrative projects pursued by Belén Gopegui." Rafael Conte