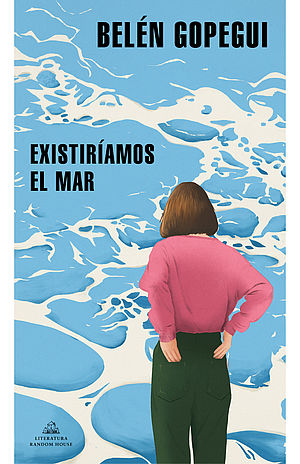 Because it would be possible to live differently.

A heart-warming novel about loyalty and living together.

In a neighbourhood in Madrid, Lena, Hugo, Ramiro, Camelia and Jara have managed to turn the flat they share into a communal living space. They are all in their forties and they live together out of necessity and also because it is part of their way of understanding coexistence and personal relationships. But Jara has a more unstable character than the others and her situation is precarious: she hasn't had a job for a long time and she lives on the edge. Is this why she has left without warning and without even leaving a note indicating her whereabouts?

Existiríamos el mar is a breath of energy that leads us along the paths where fragility and strength, the difficult and the possible, new beginnings and different forms of perseverance and loyalty come together. Belen Gopegui has written a moving, bold novel about shared lives where the most intense experiences do not reside in the darkest or murkiest side, but rather – sometimes, most of the time – in moments of respect, laughter, conversation, happiness, mutual support and shared anger.

“She once again defends goodness and kindness from a political perspective and talks to us about the principles that make life more liveable. This is about living together without hurting each other, on the border between honesty and anger.” Marta García Miranda, La hora extra

“A novel that invigorates and shakes up the reader; a draught of fresh air that changes the meaning of slamming doors by opening them suddenly but noiselessly, and not closing them. Wonderful.” Bop Pop

“Breaking the barriers between the individual and the collective, the private and the public. This is one of the narrative projects being pursued by Belén Gopegui.” Rafael Conte