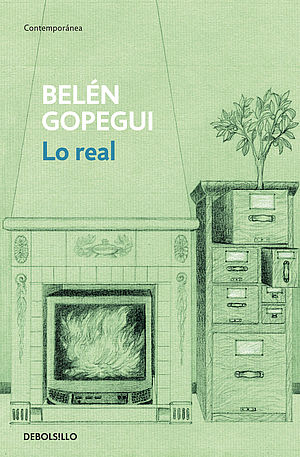 Recounts the inevitable ascent of a senior executive at TVE, Spain’s national TV broadcaster, built on lies and pretence as engines of social climbing, a self-made avenger adept in the art of accumulating useful information. The story is narrated by a co-worker in decline accompanied by a chorus of salaried workers. The novel covers the final years of the Franco regime, the NATO referendum, the 14 December strike, and the structure of feelings in a corrupt social democracy lacking legitimacy.

“The best thing I read in Spanish in 2002 was Lo real.” Sebastián Edwards, La Tercera, Chile