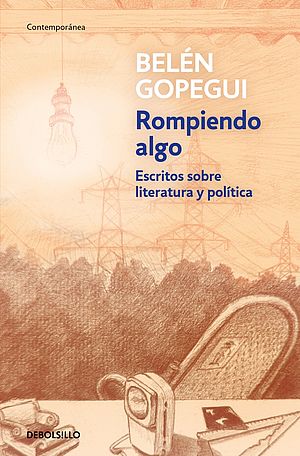 These pages offer a wide sample of the articles, prologues and essays published by Belén Gopegui over the last two decades; also of her talks, conferences and public events. The volume builds a framework of ideas and behaviors in which the poetics of one of the most singular and outstanding voices of contemporary Hispanic narrative has been forged. Poetics that, according to Damián Tabarovsky follows a unique and own plan consisting not in conceiving literature as something political, nor narrative as a way to criticize power, but in the opposite: conceiving the novel as a counter-power, writing as counter-politics, and reflection as a form of insurgency.

Belén Gopegui is a novelist. Her works, meant to occupy a singular place in the history of literature, narrate the matter of dreams and not only the dreams about matter, the mechanisms that move personal and collective relationships, the feelings that we imagine, the thoughts that we feel, the time in which we live and the secrets of the double life.

“A work of extraordinary singularity, which has earned the attention and respect of a wide and significant range of readers immune to the confusion”. Ignacio Echevarría