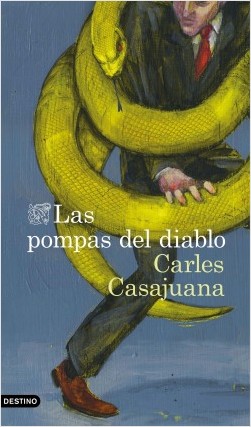 An essential comedy about the miseries of political power.

In a Barcelona governed by corrupt politicians, dishonest developers, and all manner of opportunists and swindlers, Serafí Serratosa receives an unexpected job offer. His friend, Baltasar, who’s now the city’s deputy mayor, offers him a chief of staff position so he can put an end to corruption.

However, it won’t take ten minutes for Serafí to discover that the job is about protecting the party’s interests, and more specifically the interests of the people linked to the party. He’s nothing but a scapegoat everyone wants to bribe regarding the multimillion-euro Traffic Control Centre project.

This project is the focus of the conflicting interests of mafia bosses, contractors, politicians, developers, and middlemen. As the only stone they all keep finding in their shoe, Serafí will have to escape a multitude of plots against him. After a series of hilarious, madcap adventures, everything is resolved in a classic, effective ending, worthy of a comedy of intrigue.

"Casajuana plays the art of the double language with mastery." La Vanguardia

"One of the most hilarious novels of the season." Jordi Nopca, Ara Cat

"A satirical spirit like that of the sainete or the picaresque novel, with a humor that has as much to do with Wodehouse, and certain aspects from Dickens, as with Mendoza. All of them of a literary dynasty with continuity that perhaps starts more distantly with Petronius’ Satyricon." Pere Gimferrer