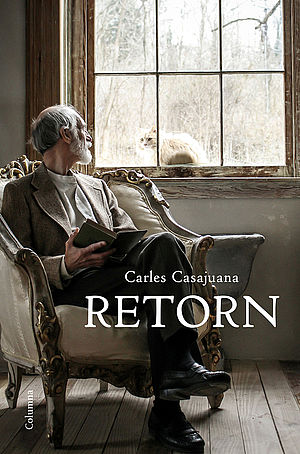 An old poet at the end of his days. A young student with his whole life ahead of him. And in the background, exile and the end of dictatorship in Spain.

Barcelona, 1970. In the final throes of the Franco dictatorship, the city is nothing like it was in the early decades of the century: student protests, sexual liberation, police repression, and a culture committed to struggle against the dictatorship. Josep Carner, known as the Prince of Catalan Poets, returns from exile with his memories devastated after thirty years in exile. Luis Miralles, a young university student, is charged with accompanying and assisting the poet during his stay in Barcelona.

The exiled poet’s presence is not without controversy. Does his return constitute an unnecessary concession to the regime? Gradually, Carner’s presence becomes uncomfortable. An unusual witness, Miralles takes advantage of the situation to enjoy a few weeks of freedom away from home, and to experience an intense love affair.

From the cultural circles welcoming the poet to the tribulations of Miralles’s student friends, Carles Casajuana constructs a delicious, nostalgic tableau covering the role of a writer, the ravages of old age, the weight of exile, and the impossibility of return.