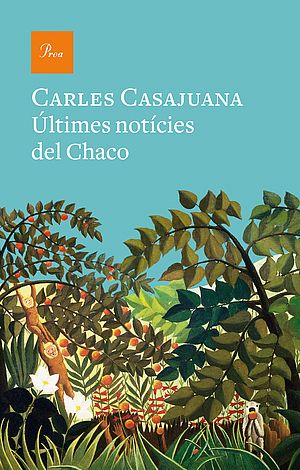 Since time immemorial an indigenous tribe has lived on the land that is now the legal property of a multinational. And so whom does it belong to? A highly intelligent novel about justice and morality in the globalised world.

Laura Codina, a fifty-seven-year-old lawyer, receives a stimulating offer to advance her career prospects when she is no longer expecting it. The possibility of taking up a position as a consultant to a multinational provides her with an opportunity to help her daughter financially, who lives under difficult circumstances – she is married to another woman but her in-laws do not accept her, and Laura's grandchildren pay the consequences. Laura finds herself dealing with four NGOs and getting involved in events that take place in the South American region of Chaco, Paraguay, where she has to take responsibility for the people known as the Coroinos, for how they live and their problems. Finally, she is forced to make decisions that she could never even have imagined.

Set in Barcelona, London, Buenos Aires, Asunción and the heart of the Chaco, this brilliant novel tackles current issues such as the exploitation of the last virgin spaces, the future of the last indigenous peoples to survive on the margins of civilization, the contradictions of progress, and the conflict between professional obligations and humanistic values.

“Casajuana copes with the dramatic tedium of the modern world with the lightness of a bird.” Antoni Puigverd, La Vanguardia