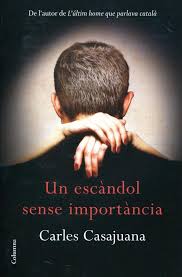 Rafael Masferrer is a man of proven integrity, a virtue that leads him to preside an organisation against business corruption. His prestige comes into question when he is called upon to investigate a report against a Spanish building company accused of bribing the Thai authorities during the tender of a costly public works project in Bangkok. Masferrer happens to serve on the board of directors of the accused company. He finds himself immersed in an unexpected dirty game: personal and professional threats and blackmail that could put an end to his career and his solid family life. He faces a serious moral dilemma. What to do? Give in, protect his own reputation and avoid the consequences? Or defend his principles at any price? The outcome of his decision will be fatal. An intelligent reflection on a classic and everlasting issue: the relationship between power and morality.