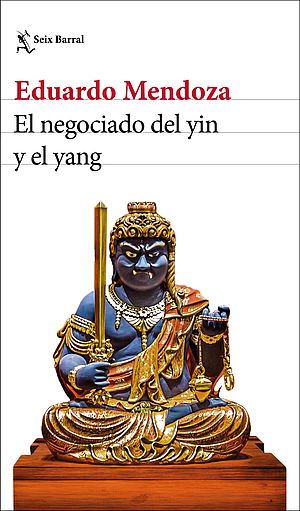 In the spring of 1975 Franco has his days numbered. Restless and stimulated by the new air of change and hope that is starting to be breathed in Spain, Rufo Batalla plans his return to Barcelona. When he is about to leave New York he receives a suggestive proposal from Prince Tadeusz Maria Clementij Tukuulo related to his crazy plan to reconquer the throne of Livonia, a country now non-existent. Knowing that Tukuulo appears in his life so cheerfully as he disappears and manipulates him at his pleasure, Rufo lets himself be carried away by his admiration and sincere affection for the monarch and accepts an uncertain mission in the East. Once there, he will discover that this is neither the last nor the only destination of this crazy adventure.

Eduardo Mendoza continues the series that started with El rey recibe, travelling in an extraordinarily lucid way and with a great sense of humor through some historical, cultural and social moments of the twentieth century from the personal experience of the protagonist, the trustworthy Rufo Battle.

His formality and dissatisfaction are the perfect counterpoint of the formidable Prince Tukuulo, and his picturesque relationship is the gateway to an absurd world in which anything is possible.

“With his characteristic mastery, Mendoza is able to merge a comedy of errors with a story of intrigue and mystery in melodramatic style. [...] Furthermore, Mendoza does not dispense with his narrative traits – humour, irony and parody served in a language full of allusions and double meanings. [...] Read this book in a self-referential key and enjoy Eduardo Mendoza’s unequaled ingenuity.” Ana Rodríguez Fisher, Babelia, El País