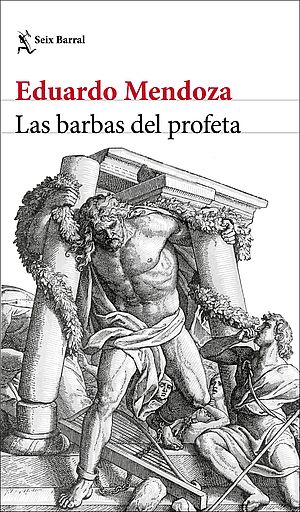 Like many children in post-war Spain, Eduardo Mendoza studied a subject called Sacred History, an illustrated summary of some Bible passages that prompted his fascination with the written word and the worlds of fiction, while also teaching him to distinguish between what is real and imaginary.

Starting with his memories and the certainty that a society is better explained without forgetting its foundational myths, Eduardo Mendoza revisits the Bible without abandoning the freshness so characteristic of his style. He covers passages such as Eve being tempted by the serpent, Adam and Eve’s expulsion from Paradise, Cain’s death at the hands of Abel, Isaac’s sacrifice, and many more, along with key episodes from the New Testament. As he does so, and without ever losing his narrative thread, he reflects on angels, belief and disbelief, morality and ethics, and how art has dealt with these issues. Las barbas del profeta is a journey to the land of Joseph and his brothers, Solomon, the Tower of Babel and Jonah. It’s led by a writer who repays his debt, or part of it, to what he was then in order to continue being what he is now.