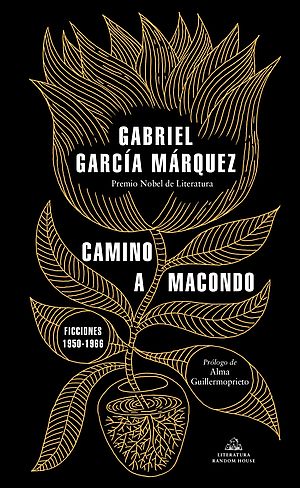 Camino a Macondo / The Road to Macondo

“[...] what lies between Leaf Storm and One Hundred Years of Solitude is around fifteen years of getting annoyed a lot, living a lot and being aware of this every day, trying to see how things were.” Gabriel García Márquez

Gabriel García Márquez stated on several occasions that nothing interesting happened to him after the age of eight. Although this is just a joke tinged with nostalgia, the fact is that until that early age little Gabo grew up in the care of his grandparents in a town called Aracataca, listening to the true and wonderful stories that they told him about the war - where his grandfather fought as a colonel, and about his family history, the world of the past, and the ghosts that inhabited the house. A mythical universe that years later would come to life under the indelible name of Macondo, an invented town where many of the best stories written by Gabriel García Márquez take place.

This anthology brings together all the texts that during fifteen years prefigured the territory of One Hundred Years of Solitude: masterful stories such as There Are No Thieves in This Town, and memorable short novels such as Leaf Storm or No One Writes to the Colonel, as well as the notes for a 1950 novel. A fascinating journey to the most visited fictional town in the world.