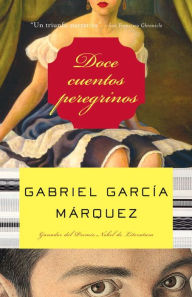 Strange Pilgrims is a collection of unforgettable stories about distinctive South American individuals in Europe .

The twelve stories here tell of Latin Americans adrift in Europe: a bereaved father in Rome for an audience with the Pope carries a box shaped like a cello case; an aging streetwalker waits for death in Barcelona with a dog trained to weep at her grave; a panic-stricken husband takes his wife to a Parisian hospital to treat a cut and never sees her again. Combining terror and nostalgia, surreal comedy and the poetry of the commonplace, Strange Pilgrims is a triumph of storytelling.