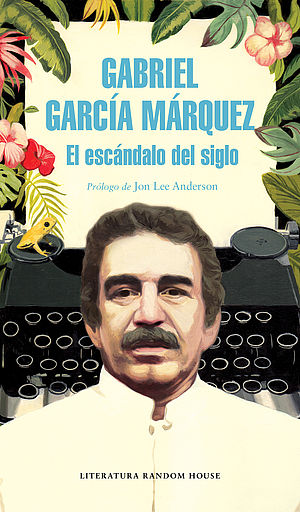 El escándalo del siglo / The Scandal of the Century

“Journalism is the profession that most closely resembles boxing, with the advantage that the machine always wins, and the disadvantage that we’re not allowed to throw in the towel.”

In his memoirs, Gabriel García Márquez describes how his earliest, deepest vocation was always to become a writer. Working as a journalist was never part of his plan until a master of the profession showed him the possibilities of reporting as a literary genre. Persuaded that "novel and article are children of the same mother," he learned the trade, became passionate about it, and devoted the best pages of his literary production to it for decades.

This volume contains a selection of García Márquez’s most masterful chronicles. In these stories, there’s no lack of continued reflection on the trade of journalist and novelist. The reader will discover a fascination with stories that challenge our image of reality, sometimes because we’ll never fully understand them, such as the mysterious Wilma Montesi case, after which this book is named. And sometimes because they force us to look at the world with new eyes, open to marvelling at the contradictions, misfortunes, and wonders that govern its unpredictable mechanism.

“His journalistic stories always include all the necessary components of journalism: the prior reporting, well-chosen quotes from sources, and descriptions of the moment and place in history. But they also contain all the key elements of a ‘story well told'.” Jon Lee Anderson

“The Scandal of the Century demonstrate[s] that his forthright, lightly ironical voice just seemed to be there, right from the start. . . . He had a way of connecting the souls in all his writing, fiction and nonfiction, to the melancholy static of the universe.” The New York Times

“Throughout his career, García Márquez consistently sought to use that freedom, ranging back and forth between reportage and fiction, in order to show us how we might make it our own.” Tony Wood, Literary Hub

“He was one of the few Latin American authors of his generation – another unescapable example is Mario Vargas Llosa – who believed that journalism well done could become art, and acted accordingly.” Leila Guerriero

“García Márquez seemed to have no other purpose than to tell a good story, the best story possible every week.” Antonio Muñoz Molina

“This brilliant collection . . . puts his journalism on the same level as his fiction, which is quite some level.” Salman Rushdie

“This collection is a master class on how to write for a newspaper: lush, vivid columns full of information, irony, whimsy, humor, skepticism and rumination, just what one would expect.” Seymour M. Hersh