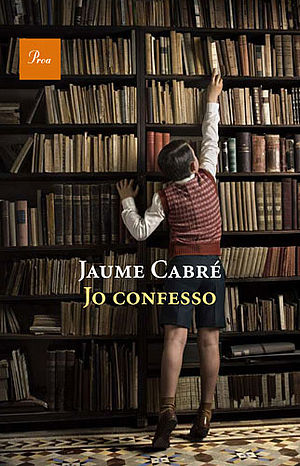 At 60, Adrià Ardèvol re-examines his life before his memory is systematically deleted. He recalls a loveless childhood where the family antique business and his father's study become the centre of his world; where a treasured Storioni violin retains the shadows of a crime committed many years earlier. His mother, a cold, distant and pragmatic woman leaves him to his solitary games, full of unwanted questions. An accident ends the life of his enigmatic father, filling Adrià's world with guilt, secrets and deeply troubling mysteries that take him years to uncover and driving him deep into the past where atrocities are methodically exposed and examined. Gliding effortlessly between centuries, and at the same time providing a powerful narrative that is at once shocking, compelling, mysterious, tragic, humorous and gloriously readable, Confessions reaches a crescendo that is not only unexpected but provides one of the most startling dénouements in contemporary literature.

Drawing comparisons with Shadow of the Wind, The Name of the Rose and The Reader, and an instant bestseller in more than 25 languages, Confessions is an astonishing story of one man's life, interwoven with a narrative that stretches across centuries to create an addictive and unforgettable literary symphony.

"Its complexity turns Confessions into a piece of writing that has the power to influence our view of the world –a quality belonging to the best of literature. It is one of the best novels of the last decade" El Mundo

"Jaume Cabré deserves to be recognized for what he is, one of the greats of world literature." Jordi Cervera, Qué Leer

"A work of art more than a novel." Le Point

“Hitting the jackpot with Confessions, Cabré’s is a story of European history from the Inquisition to Auschwitz.” Le Figaro

"The narrative unfolds with suc creativity and mastery ... perfection from an author who has reached the very highest level of excellence in his craft. This book has earned its place alongside the classics." Joan Josep Isern