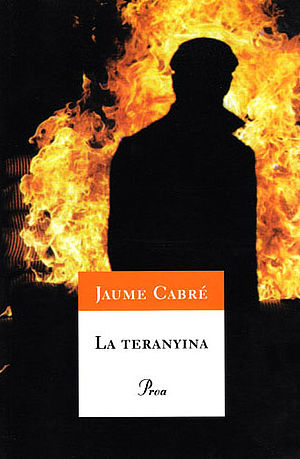 The Spider's Web (La teranyina) is the short story of the plotting and the movements calculated by the members of Rigau to conquer power at the factory and control the family.

The Rigau family is a reference to Vallès, in the village of Feixes specifically. This illustrious family, who have made a lot of money devoting themselves to the textile world, have a factory called Vapor Rigau and a handful of conveniently exploited workers.

It turns out that the head of the family and their business, the big boss, is Francesc Rigau, lazy and useless, and unfortunately for everybody else, passes away leaving the house, inheritance and business at the hands of his brother Julià, a professional good-for-nothing. It is clear that Vapor Rigau will soon stop smoking!

The third one in discord is the sister, Mrs. Mercè Rigau, a woman eternally dressed in rigorous black, with an emerald on her chest as a sign of distinction. La Mercè spends the days confiding her sorrows in her friend, Madroneta, and above all, confessing to Father Vicenç.

Mercè and Julià hate eachother to death. The first one is desperate due to the mismanagement that Julià makes of the legacy left by Francesc – she is a determined woman! - and she is clear about what must be put in order in the disaster that keeps on provoking.

The madness blows up and it is done in the form of an order to make clothes for the soldiers who have to go, by force, to the war in Morocco.

Suddenly, the walls of the Rigau Steam Factory are decorated with paintings that don´t turn out very well for Lord Julià. In addition, someone has taken care to set fire to the clothes so that the order does not move forward.

Around this group, there are other characters who introduce some salty ingredients to a very intricate story.