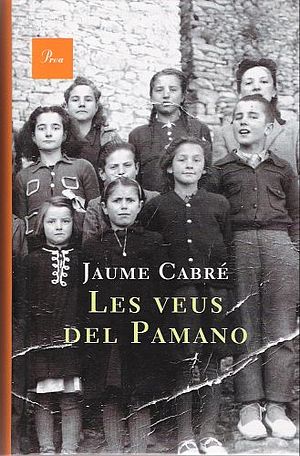 «Macondo is in the Pyrenees.» Die Welt

Tina, a peaceful teacher and photographer who works at a school in Sort, takes some photographs of an old school building in the village of Torena that is about to be demolished. A simple gesture. Click. And that's it. The reader will discover page by page, the consequences of this seemingly banal fact. The forties, the Maquis, the moral misery of Francoism, the personal and collective cowardices, the most unthinkable acts of heroism that occurred in the ‘Pallaresos’ Pyrenees since the Franco troops swept that area with unusual ferocity during the civil war. The efforts to forget, or stubbornly recall the events, lead to the beginning of the twenty-first century and interpelate the characters who, after so long, decide to show the history. The extraordinary personal adventure of Oriol Fontelles and Elisenda Vilabrú, the affairs of Tina Bros, the uniqueness of Jaume Serrallac and the drama of Ventureta has conquered the readers of Europe.

"With strength, irony, pain and passion, page after page, playing fearfully with temporary plans and changes of narrative points of view, Cabré forces you to enter the labyrinth of the destinies of his heroes... " Giancarlo De Cataldo, L’Unitá

"What marks the difference is the sharp and poetical writing of Cabré, the precision and sharpness with which it treats clearly melodramatic "raw material", and above all his ability to forge narration in unusual and complex forms, to organize wisely the coming and going of the characters between past and present, to interweave memories, voices, suspicions and secrets, and to make them fit together with different stories. A novel that is not only read eagerly but is read again, as always with good books." Francesca Lazzarato, Il Manifesto

"Without a doubt, The voices of Pamano is one of the greatest novels of this year." Roman Rhode, Der Tagesspiegel

"Jaume Cabré is a master of drama [...] Cabré's book is at the height of modern classics." Nicole Rodríguez Cárdenas, hr-online.de

"Above all, Cabré is an expert in the breaks of narration, in the dizzying change between narrative plans and situations." Kersten Knipp, Lesezeichen