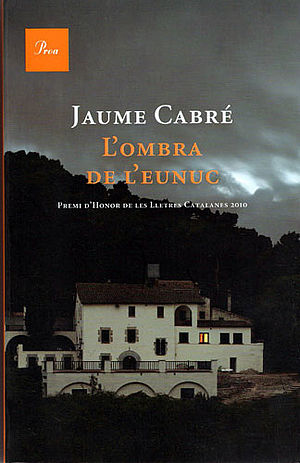 Alban Berg said it in the concerto for violin and orchestra. Jaume Cabré says it in this novel.

The principal character, Miquel Gensana, a man pushing fifty, wonders whether there is any meaning to what he has done in his life. The time span of the novel covers a dinner with a girl in his family home in Feixes, now converted into a restaurant. And it is during this dinner that Miquel asks himself “at what moment did his life fall apart” and follows this with a lucid review of his past.

Miquel Gensana belongs to the generation that lived through the political activism of the 1960s, the clandestine opposition to the Franco regime. Now, after the transition that brought a return to democracy in Spain, distance allows him an ironic look at those past events. Deeply unsatisfied, and with a permanently sad expression, Gensana is also of an amorous nature but has little success with women. He could redeem himself through art, but he feels the frustration of someone who is not a creator but merely a critic. He would like to be the poet, the novelist, the musician – the artist reviewed – but he feels perpetually sterile because “when he looks back, the critic sees a eunuch’s shadow”, in the words of Georges Steiner.