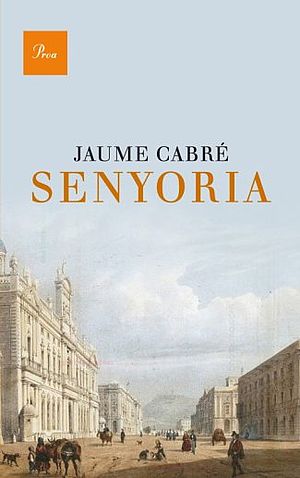 Winter of 1799. It does not stop raining in Barcelona and the city seems paralyzed, but the frivolous life of the Bourbon aristocracy continues its course. Their only concern seems to be to celebrate the turn of the century: Te Deum in the cathedral, receptions in luxurious halls…

Then, the murder of a French singer moves the townspeople and the high society. A suspect is arrested, a young poet who finds himself in the wrong place at the most inopportune moment, and he is found guilty, all the more when documents that may lead to the downfall of "his lordship" Don Rafael Massó are discovered in his possession. Massó is the highest judicial authority in Catalonia, which has just occupied the position of civilian regent of the Royal Audience of Barcelona. He is ​​a man with the power to forgive or sentence to life the mistakes of others, which, on his part, has a weakness: his passion for beautiful women.

To the innocence of a defendant deprived of his right to defend himself, we can add the guilt and corruption of his lordship, who, himself, has a lot to hide. An overwhelming novel that is an impressive reflection on power, justice and human passions.

"This novel, read in the manner of classic novels, deals with the relationship between the individual and the power, about crime and punishment, and about the infinite banality of mobiles that desire power. On the pretext of a fiction, a historical-political novel, Cabré, aware of the depths of the soul and possessor of an outbursting mood, presents life built on the lies of the individual who has reached a high position, his secret and gross desires, his vanity, his maliciousness, his corruption, and his unscrupulous ambition." Europa Könyvkiado