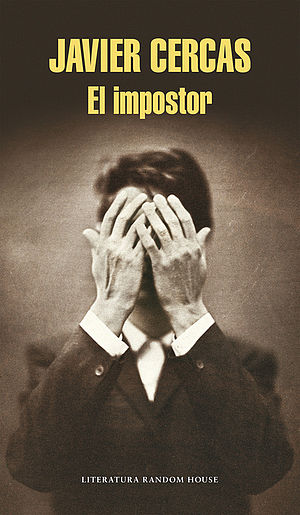 This is a fascinating non-fiction novel saturated with fiction. However, the fiction is not provided by the author, but by Enric Marco. Who is Enric Marco? A Barcelona man in his 90s who claimed to be a Nazi concentration camp survivor. Marco was unmasked in May 2005 after chairing the Spanish survivors association for three years, giving hundreds of speeches, granting dozens of interviews, receiving important honours, and even moving some Spanish parliamentarians to tears when they met to pay tribute for the first time to the Republicans deported by the Third Reich. The story was reported around the world, making Marco the great, widely reviled imposter. Now, nearly a decade later, in this hypnotic thriller that is also a “banquet with many dishes” –narrative, chronicle, essay, biography and autobiography– Javier Cercas lays siege to Marco’s enigma, his truth and his falsehoods. Through this investigation, which covers nearly a century of Spain’s history, he delves with kamikaze passion and heartrending honesty into the deepest parts of ourselves: our infinite capacity for self-deception, our conformism and our lies, our insatiable thirst for affection, our opposing needs for fiction and reality, and the most painful areas of our recent past.

“ [The Impostor] vibrates with an insomniac energy. I did, too, while in its throes. There’s no looking away from it; it has the hot, charged energy of sitting through a trial. . . The brilliance of The Impostor is how Cercas connects Marco’s desire for reinvention with Spain’s national project of burying its history as it transitioned from dictatorship to democracy. . . The language is precise, distinctive and delicious...” Parul Sehgal, The New York Times

“A mesmerizing biography of a fraud. This rigorous work shines a light not only on the methods of the deceiver but the willingness of the deceived to accept such falsehoods.” Publishers Weekly, a starred and boxed review

“Cercas ponders the case from every angle: Is it possible, he wonders, that even with the evasions and lies, Marco might tell us something truthful about the experience of fascism? Even though he ‘needed to be admired, to be a star,’ might he not have something to say after all? Who doesn’t enjoy a little self-aggrandizing confabulation? The answers come slowly, deliberately, and certainly not definitively even as Marco transforms himself from man on the street to Holocaust survivor ‘just as, at a certain point, Alonso Quixano became Don Quixote.’” Kirkus Reviews

"Javier Cercas is one of Europe's most serious and attractive writers ... Cercas is not content with the easy story, in this case the unmasking of a false hero. He boldly searches for the hidden truths of his elusive subject and his times." Michael Eaude, Literary Review

"This meticulous research reads like spy fiction.""Precisely the grades of doubt determine the fascination, or better: the suspense of the book." Cornelia Geissler, Frankfurter Rundschau

"With that other life he invented, the protagonist wanted to be loved, and may now have achieved part of that late reward. We also love Cercas more after this book, which is quickly read but not soon forgotten." José Carlos Mainer, El País

“There’s no way of knowing whether Javier Cercas will write a better book than El impostor in the future. What is certain is that he’s published his best book to date.” J.M. Pozuelo Yvancos, ABC Cultural