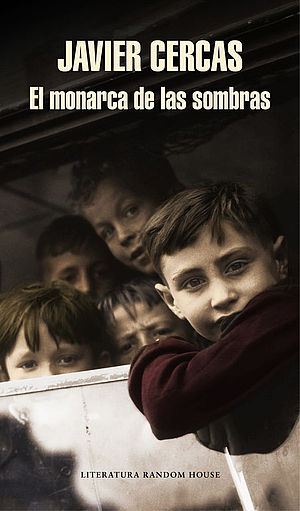 El monarca de las sombras / Lord of All the Dead

El monarca de las sombras is a courageous journey into Javier Cercas’ family history and that of a country collapsing from a fratricidal war. The author revisits Ibahernando, his parents’ village in southern Spain, to research the life of Manuel Mena. This ancestor, dearly loved by Cercas’ mother, died in combat at the age of 19 during the battle of the Ebro, the bloodiest episode in Spain’s history.

Who was Manuel Mena? A fascist hero whose memory is an embarrassment to the author, or a young idealist who happened to fight on the wrong side? And how should we judge him, as grandchildren and great-grandchildren of that generation, interpreting history from our supposed omniscience and the misleading perspective of a present full of automatic answers, which fails to consider the particularities of each personal and family drama?

Wartime epics, heroism and death are some of the underlying themes of this unclassifiable novel that combines road trips, personal confessions, war stories and historical scholarship, finally becoming an incomparable tribute to the author’s mother and the incurable scars of an entire generation.

“Powerful… Lord of All the Dead will neither flatter liberal pieties nor assuage feelings of collective guilt. It may help Spaniards, and people farther afield, to better understand the lure of Fascism.” New Yorker

"Cercas is a marvelous writer, and his character studies of the elusive Mena are masterly." Kirkus Review

“Only Cercas could have written a novel like this, at the peak of his maturity as a writer; he is one of the best we have.”José María Pozuelo Yvancos, ABC

“As fascinating and erudite as anything Cercas has written, but his struggles with his family's past and the violence involved make this his most personal, touching and morally complex work.”Justin Souther, Malaprop’s Bookstore in Asheville, NC

“Javier Cercas’s last book, The Impostor, is, in its compassion and generosity, one of the most accomplished books I’ve ever read. His new novel is even better . . . Moving . . . Beautifully achieved . . . There is no one writing in English like this: engaged humanity achieving a hard-won wisdom. It is powerful stuff.” David Mills, The Sunday Times

“Poignant and memorable . . . A lucid and immensely human study not only of the pity and futility of war but also of the enduring wounds it leaves in a society . . . Lord of All the Dead is a virtuoso performance from a writer who is able to be both a historian and novelist simultaneously . . . A powerful and strikingly original portrait of a country whose history is a nightmare from which it cannot wake.” Annie McDermott, Times Literary Supplement

“An excellent novel . . . fascinating both in its exploration of the past and in the playful creativity of its own narrative.” Ángel Basanta, El Cultural

“A book that moves, intrigues, and lucidly questions—along with offering answers—the collective importance of our most fateful, dramatic decisions as individuals.” Jesús Ferrer, La Razón

“A magisterial book on the hazardous trajectory of one man.”Jean-Claude Raspiengeas, La Croix

“The new apex of an already fascinating body of work.” Alexandre Fillon, Lire

“A book even more radical, daring, and important than anything this greatest contemporary Spanish writer has ever attempted before.” Yann Perreau, Les Inrockuptibles

“A brave political and family history . . . One of the strengths of Lord of All the Dead is the breadth of its subject matter . . . In this elegant and penetrating narrative Cercas shows us how important it is that Mena’s life is not forgotten . . . Superb.”Nick Major, The Herald (Scotland)

“A subversive and disenchanted view of war in general and the Spanish conflict in particular, in a fine translation by Anne McLean . . . It can be moving, unexpectedly funny, racy, demotic, or deadpan.” Lee Langley, Spectator

“Cercas’s candid wranglings with how to tell this tale, his own deep discomfort and the grave maturity with which he acknowledges he can’t feel morally superior to Mena make him a wonderfully warm and wise guide.” Siobhan Murphy, The Times