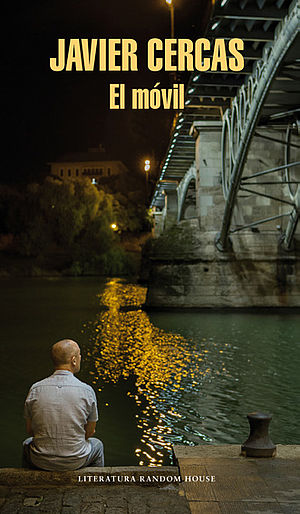 The first short novel by Javier Cercas, the story of a crime where the essence of his work could be sensed: intelligent, ironic and metaliterary.

The Motive is a satire about a writer, Álvaro, who becomes obsessed with finding the ideal inspiration for his novel. First he begins spying on his neighbours, then he starts leading them on, creating a reversal of the maxim that art follows life - with some dire consequences.

Published for the first time thirty years ago, El móvil is an absorbent thriller that seems to contain the seed of the entire work of the author, today acclaimed as one of the greatest contemporary European writers.

"Both funny and sinister ... The Motive is a small comic masterpiece with a satisfyingly bleak ending ... It is a pleasure to read such original, haunting stories in which so much is said with such wit and insight and above all with such refreshing economy." Anne Chisholm, Sunday Telegraph

El móvil (The Motive) has been adapted into a movie in 2017 with the title  El autor (The author). Directed by Manuel Martín Cuenca, the movie is starred by Javier Gutiérrez, María León and Antonio de la Torre, and has won several prizes.  See trailer