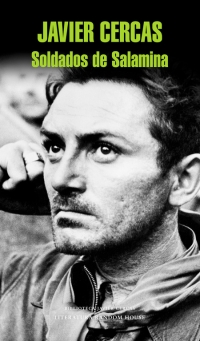 It’s been more than 15 years since the publication of Soldiers of Salamis, one of the greatest literary phenomena in recent years. The novel achieved wildly successful sales and reviews, and established Javier Cercas as one of the most influential, essential authors of 21st-century European literature.

In late January 1939, barely two months before the end of the Spanish Civil War, a group of Francoist prisoners are executed by firing squad near the French border by Republican soldiers fleeing into exile. Among those prisoners is Rafael Sánchez Mazas, founder and ideologist of Falange, poet and future minister of Franco, who miraculously manages to escape and hide in the woods. Pursued by the Republicans, he is discovered by a soldier who takes aim, looks into his eyes, and spares his life.

Sixty years later, a failed novelist discovers this buried wartime episode by chance. Fascinated, he starts researching the story to clarify the circumstances and unravel their meaning. Who was the real Rafael Sánchez Mazas? What really happened to him during the war? Who was the soldier who let him go? Why did he do it? What secret was hidden in his eyes?

“One of the best books I’ve read in a long time.” –Mario Vargas Llosa

“It should become a classic.” –George Steiner