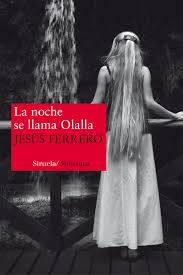 Executioners deserve a worse fate than their victims

Detective Ágata Blanc leaves Paris and moves to a decadent, depressed Madrid to investigate the case of a young woman murdered six months earlier. The girl in question is Olalla, who was drugged and raped by three hooded figures and then run over. Behind this attack is a deeper, more obscene story, a spiral of class abuse and sexual perversion, of insatiable executioners whose only limit is the climax of their own pleasure, and victims who only find justice in revenge outside the law.