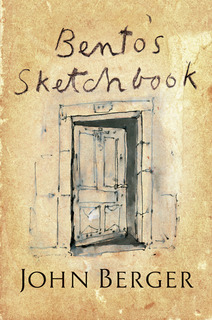 A meditation, in words and images, on the practice of drawing.

The seventeenth-century philosopher Baruch Spinoza—also known as Benedict or Bento de Spinoza—spent the most intense years of his short life writing. He also carried with him a sketchbook. After his sudden death, his friends rescued letters, manuscripts, notes—but no drawings.

For years, without knowing what its pages might hold, John Berger has imagined finding Bento’s sketchbook, wanting to see the drawings alongside his surviving words. When one day a friend gave him a beautiful virgin sketchbook, Berger said, “This is Bento’s!” and he began to draw, taking his inspiration from the philosopher’s vision.

In this illustrated color book John Berger uses the imaginative space he creates to explore the process of drawing, politics, storytelling and Spinoza’s life and times.