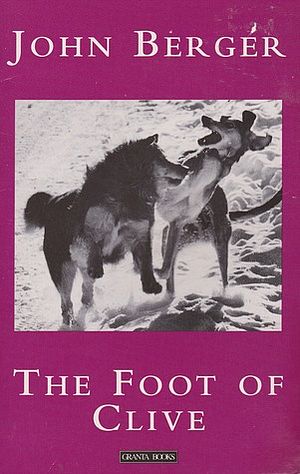 The Foot of Clive

At the heart of John Berger's second novel is not so much a murder - a policeman has been killed in a bank raid - but a murderer. Jack House, an alleged 'cop killer', has been apprehended but so badly hurt that he might die before he is tried and hanged. And so, in the middle of the night, he is rushed to the nearest hospital, an ordinary National Health institution, and is later placed, under police guard, in an ordinary ward with six other patients.

The Foot of Clive is a fascinating depiction of English society at a peculiar point in its history - after the Second World War but before the heady pop-consumer explosion of the sixties. In fact, its setting, a hospital ward –with its nurses, doctors and badly-paid attendants, its unseen but omnipresent 'Authority', and, most important, its six patients– is in itself a picture of English society writ small. It is a picture of rigid and conformist culture, its conventions about right and wrong, class and morality unchallenged and unquestioned, until disrupted by the greatest questioner of them all: the embodiment of the anti-social and uncivilised - a murderer.