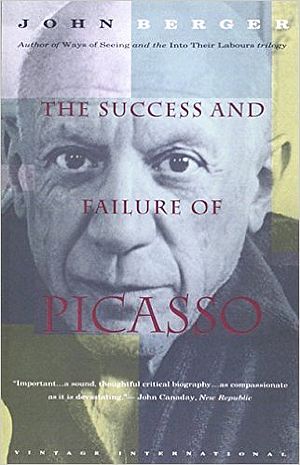 The Success & Failure Of Picasso

In this stunning critical assessment, John Berger −one of this century's most insightful cultural historians− trains his penetrating gaze upon this most prodigious and enigmatic painter and on the Spanish landscape and very particular culture that shpaed his life and work. Writing with a novelist's sensuous evocation of character and detail, and drawing on an erudition that embraces history, politics, and art, Berger follows Picasso from his childhood in Malaga to the Blue Period and Cubism, from the creation of Guernica to the pained etchings of his final years. He gives us the full measure of Picasso's triumphs and an unsparing reckoning of their cost −in exile, in loneliness, and in a desolation that drove him, in his last works, into an old man's furious and desperate frenzy at the beauty of what he could no longer create