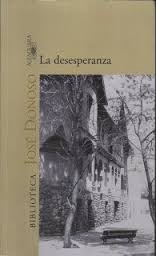 Curfew takes place during one twenty-four hour period in January 1985. Matilde Neruda, widow of the Nobel Prize-winning poet, has just passed away, and various factions are rallying to turn the event to their advantage: for Pinochet's junta, it represents a chance to assert political authority, while for the intellectuals who had basked in the Nerudas' light, it is an opportunity to grab the spoils of the estate. Against this backdrop of complex, often conflicting motivations, Donoso weaves a portrait of a society struggling to fashion a daily existence for itself, and of an intelligentsia vainly attempting to salvage the remnants of glory days long gone by. But Curfew is also a story of the tragic love between Judit Torre, an upper-middle-class radical who wants to escape her bitter past; and Mañungo Vera, a native son returning after a successful career as a European pop singer. In the zone between documentary-like realism and grotesque absurdity, José Donoso evokes the suffocating atmosphere of a country under dictatorship, and its quietly devastating effect on the actions of those who live there