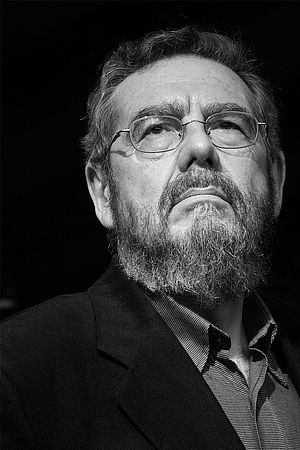 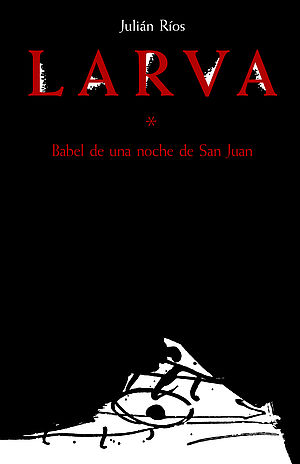 A cult novel that established Julián Ríos as one of the best kept secrets of the narrative avant-garde in Spanish.

Larva is a rollicking account of a masquerade party in an abandoned mansion in London. Milalias (disguised as Don Juan) searches for Babelle (as Sleeping Beauty) though a linguistic fun house of polylingual puns and wordplay recalling Joyce's Finnegans Wake. A mock-scholarly commentary reveals the backgrounds of the masked revellers, while Ríos's punning and allusive language shows that words too wear masks, hiding an astonishing range of further meanings and implications. Larva's tale, a reassessment of the Don Juan myth in our time, is told in single-minded pursuit of double meanings, but it is serious play. It revives a Hispanic tradition repressed for centuries by introducing the Mad Hatter English tradition of puns, palindromes, and acrostics, by creating Joycean echoes and pushing language to its maximum connotative capacity. Larva has been praised by such leading Spanish-language writers as Carlos Fuentes, Juan Goytisolo and Octavio Paz.

"The prose of Julián Ríos shows, with his flawless rigour and prodigious capacity for linguistic invention, that it is perfectly possible to take the paths marked out by Sterne and Joyce, Rabelais and Céline, Cabrera Infante and Sarduy." Juan Goytisolo

"Julián Ríos' writing seems to me to be very important, without assimilating the most radical tradition." Octavio Paz

"Julián Ríos is the most inventive and creative author writing in Castilian Spanish." Carlos Fuentes