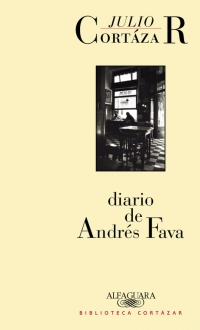 Andrés Fava is a character from Cortázar’s Final Exam, and his diary originally formed part of that novel, written in 1950 but not published (for political reasons) until after the author’s death. At some point, Cortázar decided Fava’s diary should stand on its own as an independent work.

While Final Exam is mostly dialogue, Diary of Andrés Fava is all reflection: on his reading, dreams, conversations and writing. This unpredictable collection is peppered with quotes from French poets and American jazzmen. Bemused and melancholy, erudite and searching, Diario de Andrés Fava is full of autobiographical winks at the reader. Cortázar’s brilliance and irreverence are in full flower.