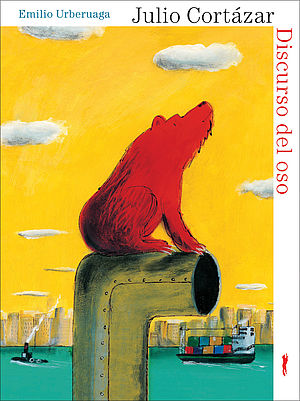 The Bear speech, as its title indicates, it’s a sort of plea pronounced by a bear that lives in the pipes of a building. No one realizes that the bear exists; everybody thinks that the noises that they hear at night are caused by the pipes: this is how insensitive and fool human beings are. The bear goes up and down the pipes, washes himself in the cistern of the rooftop in the star-filled nights, he observes the humans and, without them noticing, takes care of them.