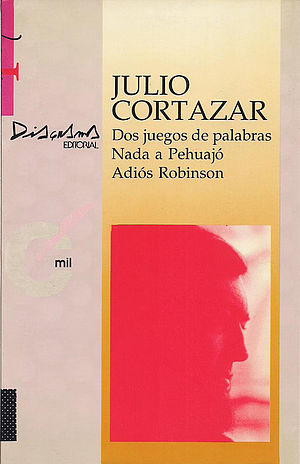 This volume brings together Cortázar’s theatrical works following Los reyes (The Kings). The first two, Dos juegos de palabras (Two Wordplays), written in 1948 and 1960, are inspired by poetry. From the 1970s, we have Nada a Pehuajó (Nothing to Pehuajó), an absurd and humorous play. Adiós, Robinson (Goodbye, Robinson), a radio play also written in the 70s, can be regarded as an anti-colonialist fable. These short texts are intended as games or diversions. This is achieved thanks to their transgressive tone, often irreverent language, and secret seriousness, free of any form of emphasis.