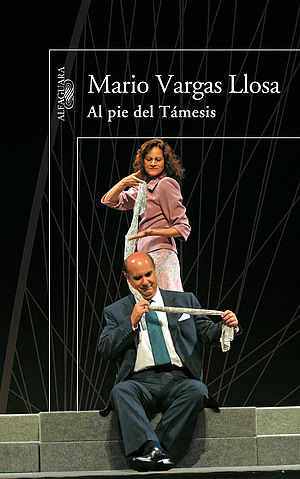 Al pie del Támesis / On the Bank of the Thames

A Peruvian businessman (Chispas) is alone in a hotel room in London, when a woman (Raquel) claiming to be the sister of on old school friend (Pirulo) visits him. Oddly Chispas has no recollection of his closest friend’s sister.

Chispas hasn’t seen Pirulo since a violent incident took place between them in their adolescence. Discussing this event with Raquel becomes the starting point of a conversation exploring the consequences of two individuals’ chosen paths, and the complexities surrounding issues of sexual identity. A series of surprising revelations and plot twists nuances a meditation on the costs of committing to authenticity and, conversely, the costs of its betrayal.