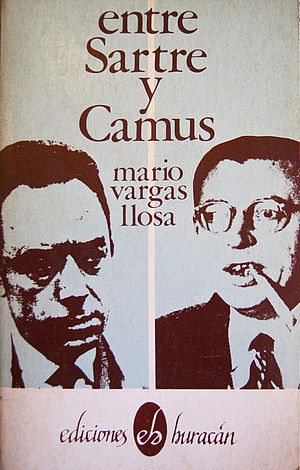 This is a collection of essays and documents about the French authors Jean-Paul Sartre (1905-1980) and Albert Camus (1913-1960), previously published by Vargas Llosa in different newspapers and magazines over more than 20 years, between 1960 and 1981. This book is a product of Vargas Llosa’s interest in the two French writers, who were both left-wing activists who knew each other and collaborated between 1943 and 1951, when deep personal disagreements arose between them after Les Temps Modernes, a magazine edited by Sartre, published a devastating review of Camus’ book The Rebel.