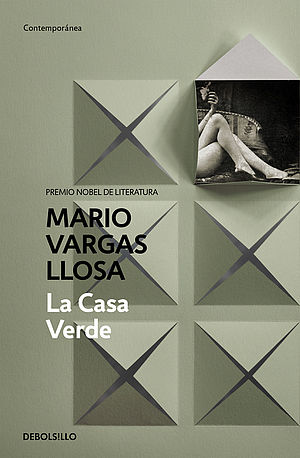 Mario Vargas Llosa's classic early novel takes place in a Peruvian town, situated between desert and jungle, which is torn by boredom and lust. Don Anselmo, a stranger in a black coat, builds a brothel on the outskirts of the town while he charms its innocent people, setting in motion a chain reaction with extraordinary consequences. This brothel, called the Green House, brings together the innocent and the corrupt: Bonificia, a young Indian girl saved by the nuns only to become a prostitute; Father Garcia, struggling for the church; and four best friends drawn to both excitement and escape.

The conflicting forces that haunt the Green House evoke a world balanced between savagery and civilization –and one that is cursed by not being able to discern between the two.