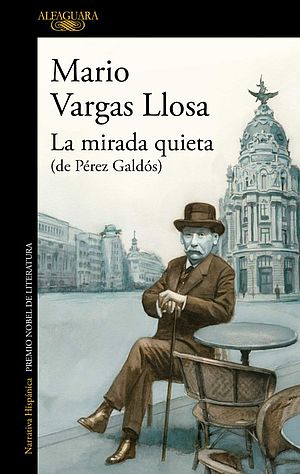 “Was he a great writer? Yes, he was. In the nineteenth century and early twentieth, there is none of his fellow countrymen who had such dedication, ingenuity, commitment, and literary fluency as Pérez Galdós.”

Benito Pérez Galdós was an incomparable chronicler of the events that shook Spain throughout the nineteenth-century and he is considered one of the greatest Spanish novelists of the time. However, the same controversy always surrounds his name. Was he really the equal of Balzac, Dickens and Eça de Queirós, that first line of great nineteenth-century European authors who laid the foundations of the modern novel and took the genre to its greatest heights?

In this essay Mario Vargas Llosa tries to answer this and other questions about the figure of Benito Pérez Galdós through an entertaining and detailed analysis of his work. The same as in his studies of Madame Bovary and Les Miserables, the Nobel Prize winner invites us to read the classics with clear, unprejudiced eyes in order to better understand the intentions of their authors and, in the case of Galdós, the merits of a monumental literary undertaking unparalleled in Spanish literature.

“For readers of Galdós, and of Vargas Llosa himself, the book will come as a real treat because, as was to be expected, in it he discusses both the Canarian writer and himself – that is to say, his conception of literature and of the demands of the modern novel in particular.” El País