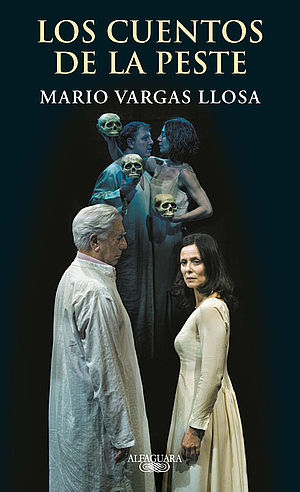 “From the first time I read The Decameron in my youth, I thought the initial situation presented in the book, before the stories began, was essentially theatrical: trapped in a city besieged by the plague, from which they cannot escape, a group of young people manages to flee to an imaginary world by sheltering in a villa to tell stories. Faced with an intolerable reality, seven young women and three young men manage to escape into fantasy, into a world of stories that they tell each other. They are taken from their terrible reality to another, of words and dreams, where they are immunised against the plague.”

Los cuentos de la peste is an unpublished play by Mario Vargas Llosa, inspired by Boccaccio’s text. Love, desire, the power of the imagination, and the relationships between the social classes are the keys to this work, which captures the essence of the spirit of The Decameron: lust and sensuality exacerbated by the feeling of crisis, open abyss, and the end of the world. A masterful recreation of a classic of European literature.