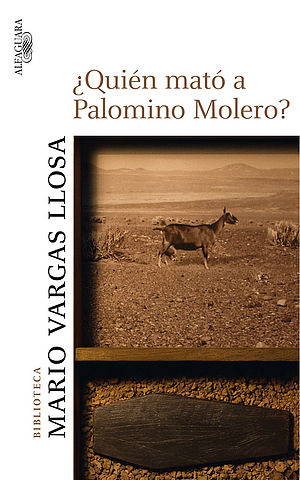 Peru, 1950s. A young airman is found brutally murdered near an Air Force base in the northern desert. Lieutenant Silva and Officer Lituma set out to investigate, hitching rides on chicken trucks and cajoling a cab driver into taking them to the crime scene. Without support from their superiors and with the base's commanding officer standing in their way, the case won't be easy. But they are determined to uncover the truth.

Who Killed Palomino Molero? is an entertaining and brilliantly plotted detective novel. It takes up one of Mario Vargas Llosa's characteristic themes –how hard it is to be an honest man in a corrupt society.