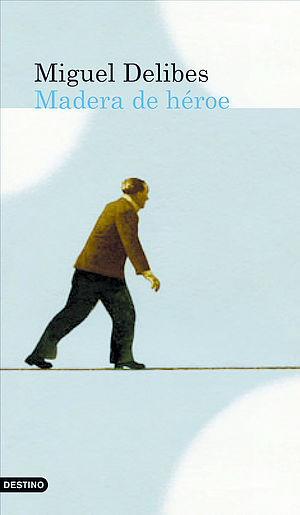 Set in the 1930s during the Spanish Civil War, Delibes's plot chronicles the shifting fortunes of the De la Lastra family, which finds itself divided by politics. Much of the story is seen through the eyes of young Gervasio, who dreams of becoming a military hero. While Gervasio enlists in the Navy in order to fight the Communists, his father, a naturopathic doctor, is imprisoned for more liberal beliefs. The surrealistic horror of war, which directly touches every member of the family, is lightened by farcical domestic dramas.

In 1938, during the Spanish civil war, Miguel Delibes volunteered to join the navy, because otherwise he would be drafted into the infantry and feared the prospect of hand-to-hand fighting. His experience at sea went into Madera de héroe (The Stuff of Heroes), one of his best novels, from his late period when he could publish without worrying about censors. ‘Those of us who were not physically mutilated were psychologically mutilated,’ he wrote of the war.

"The author presents a compelling, superbly executed portrait of a family caught up in the violent disruptions of the war. An important novel by a modern master who late in his career has given us his vision of a tragic period in Spanish history."  Library Journal