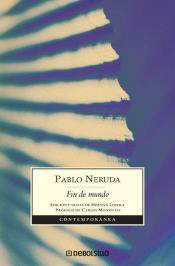 In this book-length poem, Neruda confronts a grim disillusionment growing inside him as well as the fear that came to haunt the century that promised to end all wars. O'Daly says in his introduction: "Musically refined and thematically orchestrated, [Fin de mundo] is an often startling historical journey through social and political disillusionment. Much like Canto general, his epic of the South American continent, this late work was impelled by the process of clarifying experience in the cold fires of the imagination."