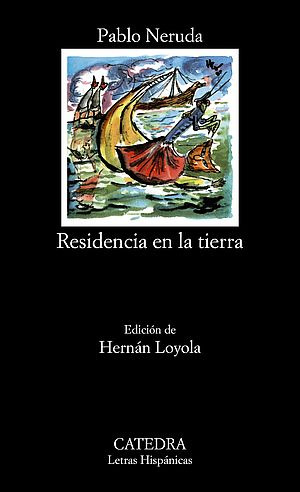 Residencia en la tierra / Residence on Earth and Other Poems

Residence on Earth (Residencia en la tierra) is widely regarded as Pablo Neruda’s most influential work, a tempestuous ocean that became "a revolution…a classic by which masterpieces are judged" (Review). "In Residence on Earth," wrote Amado Alonso, "the tornado of fury will no longer pass without lingering, because it will be identified with Neruda’s heart." Written in the span of two decades (1925-1945), beginning when Neruda was twenty-one, Residence on Earth was originally published in Spanish in three successive volumes (1933 1935, 1947), all available in this definitive bilingual edition. Most of these poems were penned when Neruda was a self-exiled diplomat in isolated regions of South Asia. A vortex of time and being; of loneliness, cycles of the natural world, decay, destruction, silence, resurrection; of luminous solitude, blue oblivion, and of such deep melancholy that at one time Neruda considered renouncing the whole book and withdrawing it from circulation; of the erotic night, love’s impulse, and memory’s persistence; of odes to Lorca and lovers, elegies, songs, sonatas, and barcaroles; of the magnificent series of poems, Spain in Our Hearts, that Republican soldiers of the Spanish civil war printed at the eastern front; of sea waves, landslides, jellyfish, and a planet of swords––Residence on Earth is truly a work of intimate vastness, of lasting consummation.