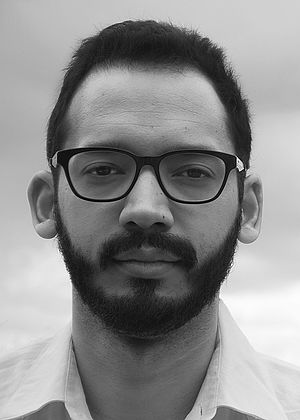 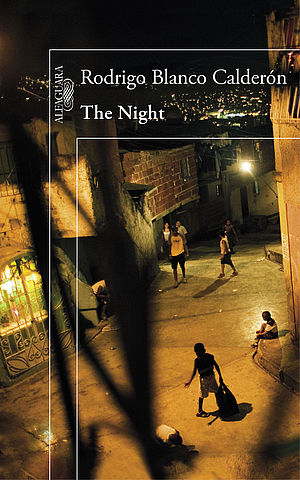 A frenzied literary fresco of nowadays Venezuela's dark roots by a not-to-be-missed voice in the new Latin American literature.

In the city of Caracas there are constant power blackouts. This dual darkness of the night is full of dangers, violence, dreams, ambitions. And literature. Real and fictitious characters and multiple narrators, blur in this night creating a frenzied fresco, where space and time are permeable and changing. Four fictional characters star in the novel: a psichiatrist; his friend, a patient severely affected from obsessions; a half-mad writer who obtained a literary prize with an incomprehensible short story; and a dynamic though tortured woman. The story of these characters, with their relationships, crises, love affairs, rifts (estrangements), projects and failures, construct a bildungsroman which metamorphoses into a roman noir and ends with a murder. At the same time the novel includes a “biography-homage” to a real Venezuelan author, Darío Lancini (1932-2010), a writer specialized in intertextual games.

"The Night is a more than promising debut by a master storyteller", Maarten Steenmeijer, The Volskrant

“Fiction, reality and popular culture knit a web of parallels and echoes, reminiscent of the work of Agustín Fernández Mallo, with nods to Roberto Bolaño’s marginal writers – briskly deromanticized. […] unabashed literature about literature and, most originally, its building blocks in language.” The Times Literary Supplement

"A labyrinthine study of language, writers, and obsession against a backdrop of rampant femicides and the energy and political crises in contemporary Caracas. [...] A wild and complex celebration of language and storytelling. [...] Exhilarating and entertaining." Publishers Weekly

“After reading the stories by Rodrigo Blanco one harbours the nostalgia for those faraway days in which one could read just by the pleasure of reading”. El Nacional

"One of the big names in today's Venezuelan literature; a literature that shows the best of itself outside its frontiers". La Vanguardia

"A novel dark and somber like the night." Thibault Boixiere

“A polyphonic novel, composed like a set of Russian dolls (...) a literary artefact masterfully constructed by a storyteller who knows how to appreciate the complexity of his native metropolis and the lives of its inhabitants.” Jury of the Mario Vargas Llosa Biennial Novel Award